At the FEDIM conference in Ghent, Belgium, in 2016, in a conversation with Nicolas Salagnac – a French famous artist, we were delighted to find that we had a common idea of creating a bronze medal from the point of view of the courage of women to participate in the 2018 Canada Ottawa international medal conference. The art bronze medal exhibition of « female theme ». So in Ghent, Belgium, we agreed to make a face and cast a bronze medal in the next year to show our common theme. Our goal is to find two women who have had a flash in the long history of history, one from China and one from France, who must have the fearless mind and the outstanding deeds. A few months later, Nicholas found « Clara Lessing », the avatar of the goddess of liberty, the French painter Eugene Delacroix to commemorate the July French Revolution in 1830, the free guide of the people, and I found the brave and fearless Chinese legendary woman « Mulan ».

Confucius said, « wise men are not puzzled, benevolent men are not worried, and courageous men are not afraid. » I think « courage » is the most rare thing. It is only after « no doubts » or « worries » that we can « fear ». The courage of women is more like an Epiphyllum, which is pure and fresh.

The quality of bravery can shine brightly on the battlefield of battle. At that time, fate and death were sympathetic, wit and bravery coexist, and could not tolerate a little ingenious calculation. If a woman is on a real battlefield, is it a lucky experience or a moving sad song, we both put this heroic beauty in two different fighting scenes, in the copper chapter of the space of the heroine to highlight the strength of the brave.

We made two versions, one of which is a casting plate with a diameter of 150mm, which can be more cast in the form of casting. The other is die-casting plate, with a diameter of 80mm, more compact and exquisite. I have produced one in China, and he is also finishing the final sculpture in France, hoping to finish this die casting bronze chapter very soon.

In order to promote the prosperity and development of the Chinese bronze art, the colleagues of the Specialized Committee are willing to build a bridge for the international art exchange for the creators of the bronze medals. 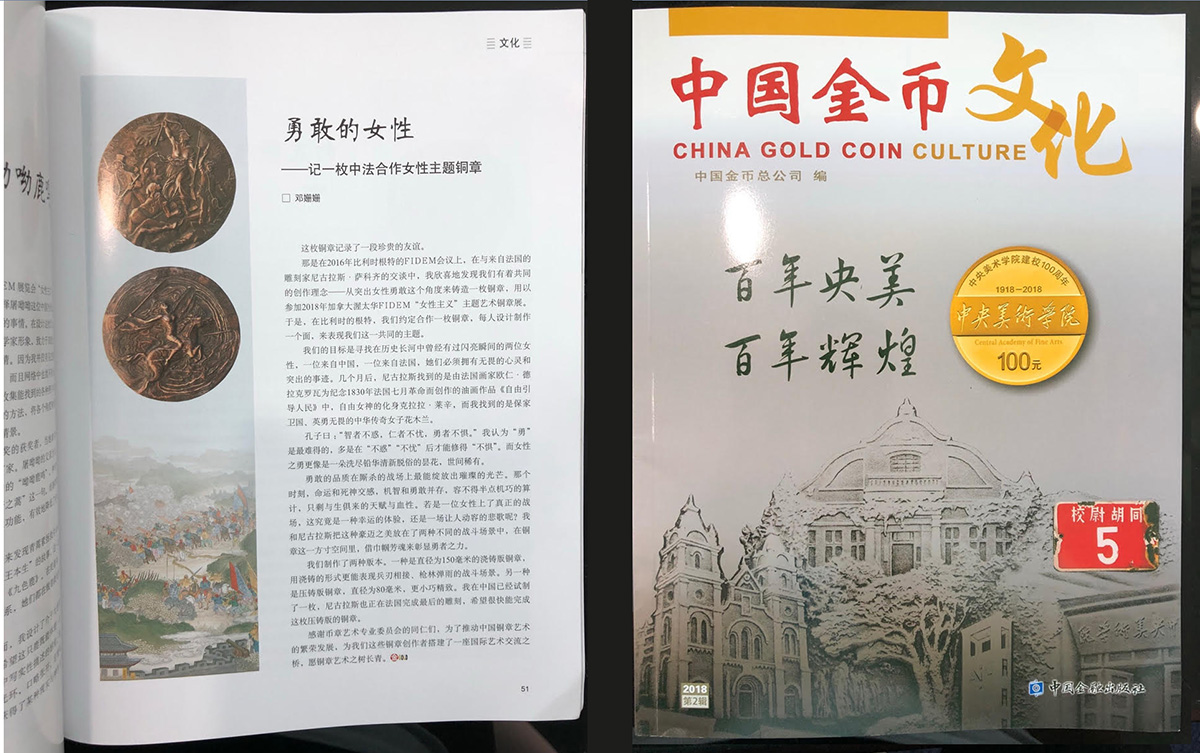